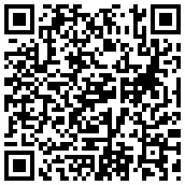 My main complaint about aMPdroid is that this doesn't work with the ArgusTV plugin. MediaPortal's big weak spot continues to be its lack of a decent intelligent scheduling feature (ala TiVO) and ArgusTV bridges that gap somewhat. But ArgusTV makes it impossible for aMPdroid to see your tv listings, live tv and recorded tv. People have complained about this to ArgusTV's devs, but they seem to have no interest in addressing it. People have also complained about it to the aMPdroid devs and they say it's not their problem and to take it up with ArgusTV's developers. Well, nothing is getting done on either front. I propose a 3rd solution. MediaPortal devs should release a decent scheduling plugin that works within the MP framework so we don't have to use ArgusTV and then there'd be no problem with aMPdroid not being able to see tv listings.