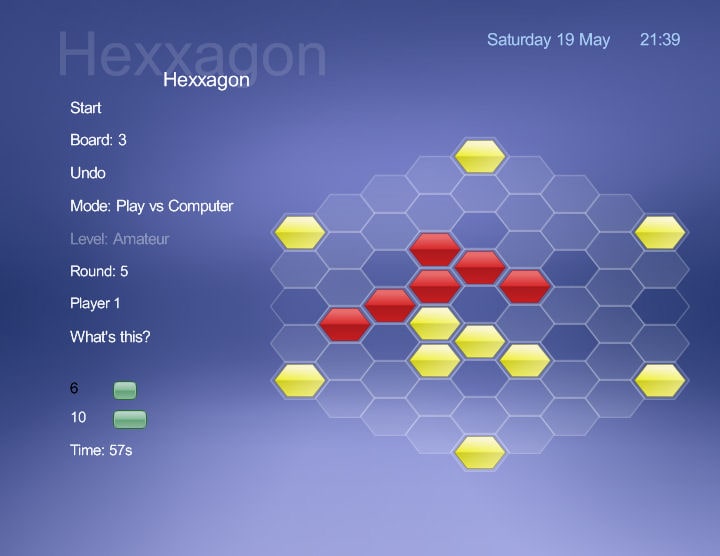 Hexxagon is one of the most popular animated
board games of strategy, loosely based upon
Othello and Attaxx!. The original version was
written in 1992 by Argo Games, and has been
updated for the web by Neave. Finally I updated
it for th MP.

Game board design by Mikael Söderström

YOUR AIM: To take over the world! You can
choose to play against the computer, or
against another human opponent. There are
two types of move, a jump or double, indicated
hexxagon occupied by an opponent's piece will
transform them into yours. 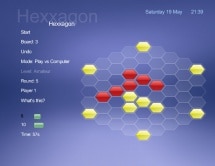